OF BRAND NEW SINGLE “ME!”

FEATURING BRENDON URIE OF PANIC! AT THE DISCO 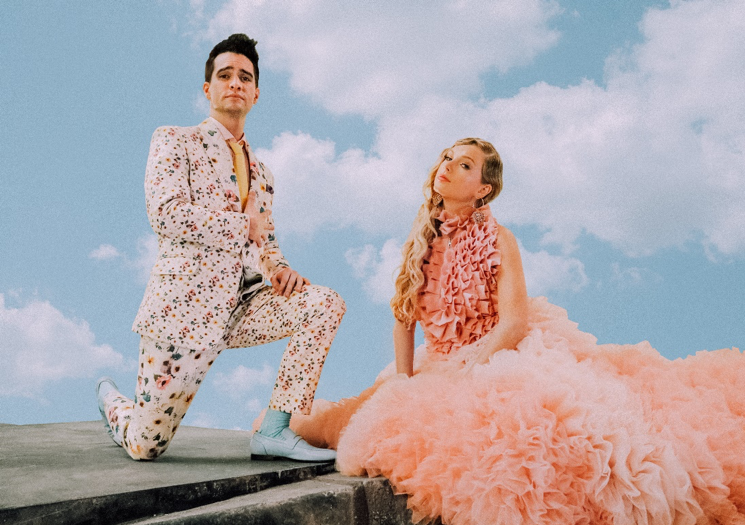 A 23-time BBMA winner – the most of any artist – Swift returns to the BBMA performance stage for the first time since 2013.  Once again nominated this year, she received nods in two categories: Top Female Artist and Top Touring Artist.

Taylor Swift holds the record for the most Billboard Music Award wins, with 23.  In 2018, her massive Reputation Stadium Tour made history as the highest-grossing U.S. tour ever, according to Billboard Boxscore. Swift has achieved five No. 1 albums on the Billboard 200 chart — all with her previous five studio albums.  Her last album, 2017’s Billboard 200 #1 reputation, sold 1.22 million copies in its first week in the U.S., making Swift the only artist to have four consecutive million-selling release weeks in Nielsen Music history. Additionally, Swift has earned 22 top 10 hits on the Billboard Hot 100 songs chart, with five of those reaching No. 1. In total, Swift’s catalog of albums and songs have sold more than 150 million copies in the U.S.

“Billboard Music Awards” nominees and winners are based on key fan interactions with music, including album and digital song sales, streaming, radio airplay, touring and social engagement, tracked by Billboard and its data partners, including Nielsen Music and Next Big Sound. The awards are based on the chart period of March 23, 2018 through March 7, 2019. Since 1940, the Billboard charts have been the go-to guide for ranking the popularity of artists, songs and albums, and are the ultimate measure of success in music.

The “2019 Billboard Music Awards” are sponsored by T-Mobile and Xfinity.

For the latest news on the Billboard Music Awards (BBMAs) visit www.billboardmusicawards.com and  www.billboard.com/bbma. For exclusive content and more, be sure to follow the BBMAs on social media and join the conversation by using the official hashtag for the show, #BBMAs. Twitter: @BBMAs  Facebook: FB.com/TheBBMAs  |  Instagram: bbmas  | Snapchat: thebbmas  | YouTube: youtube.com/bbmas

Billboard is the world’s largest voice in music, built on the most complete and well-respected database of charts across all music genres. The Billboard charts define success in music. From the iconic Billboard magazine to Billboard.com, the ultimate consumer-facing destination for millions of passionate music fans, to the industry’s most elite conference series and influencer events including the Power 100 and Women in Music – the Billboard brand has unmatched authority among fans, artists and the industry alike. Billboard has a social media footprint of 25.5M+ million social followers across Facebook, Twitter, Instagram, and YouTube, and creates more than 160M+ cross-platform video views per month. Billboard magazine has published major news-generating covers recently including Travis Scott, Janet Jackson, Lil Wayne, Demi Lovato, Cardi B, Christina Aguilera, Shakira, BTS, and more. In December 2018, the Billboard Women in Music ceremony, which honored Ariana Grande as Woman of the Year, was live-streamed globally on Twitter. In 2016, The Hollywood Reporter-Billboard Media Group acquired Spin Media’s storied music assets Spin, Vibe, and Stereogum, establishing the world’s largest music brand by digital traffic, social reach, and audience share. The combined entity of music and entertainment properties now reaches 41 Million + unique visitors and more than 20% of U.S. millennials.