The announcement was made by Paul Telegdy, President, Alternative and Reality Group, NBC Entertainment.

“Kelly Clarkson has long been a Billboard chart phenomenon and has a first-hand understanding of what matters most in music today,” Telegdy said. “Her enthusiasm for all genres of music and her innate sense of humor will make for a truly memorable night.”

“To prepare me for hosting the ‘Billboard Music Awards,’ I already have 20 costume changes planned,” Clarkson said. “I will be flying in like my girl P!nk and calling Amy Schumer and Sarah Silverman for jokes. Well, or I’m just gonna show up and celebrate my favorite artists and get to know a few more. Yeah, maybe I’ll go with that plan.”

Clarkson has sold more than 25 million albums and 36 million singles worldwide. She has placed 10 singles in the Top 10 on the Billboard Hot 100 singles chart and is the recipient of three Grammy Awards, four American Music Awards, three MTV Video Music Awards, two Academy of Country Music Awards and a CMA Award.

The acclaimed singer/songwriter released her highly anticipated new album “Meaning of Life,” the first for Atlantic Records, on Oct. 27, 2017. “Meaning of Life,” featuring the emotionally charged new single, “I Don’t Think About You,” is the album Clarkson was destined to make with Atlantic, a collection of smart and sensual soul-inspired pop that immediately belongs among the legendary label’s classic canon. For her eighth studio album – and follow-up to 2015’s chart-topping “Piece By Piece” – Clarkson united a stellar team of top songwriters and producers to collaborate, among them past collaborators Jason Halbert, Jesse Shatkin and Grammy Award-winning Producer of the Year Greg Kurstin, as well as first-time collaborators Mick Schultz, the Monarch and Nick Ruth, among others.

Clarkson’s 2011 release, “Stronger,” was certified platinum by the Recording Industry Association of America, won the Grammy for Best Pop Vocal Album, and produced the smash singles “Mr. Know It All” and  “Stronger (What Doesn’t Kill You),” which marked her ninth and 10th Top 10 hits. “Stronger (What Doesn’t Kill You)” was #1 on Billboard’s Hot 100 chart for two consecutive weeks (three weeks total), marking her third #1 on the Hot 100 chart. In 2013, she released her first holiday album, “Wrapped in Red,” which debuted at #3, was the biggest holiday album debut for a female artist since 2010, and is certified platinum.

Clarkson currently serves as a coach on the four-time Emmy Award-winning competition series “The Voice.” On next Monday’s, telecast (8-10 p.m.), “The Voice” will debut special themed weeks, starting with “Story of the Song,” during which artists will reveal the story of what their song means to them — special memories, significant life moments and covering artists who have inspired them.

Billboard is the world’s largest voice in music, built on the most complete and well-respected database of charts across all music genres. The Billboard charts define success in music. From the iconic Billboard magazine to Billboard.com, the ultimate consumer-facing destination for millions of passionate music fans, to the industry’s most elite conference series and influencer events including the Power 100 and Women in Music – the Billboard brand has unmatched authority among fans, artists and the industry alike. Billboard has a social media footprint of 16.4 million social followers across Facebook, Twitter, Instagram, and YouTube, and creates more than 200M cross-platform video views per month. Billboard magazine has published major news-generating covers recently including Travis Scott, Zayn, Lorde, Marshmello, Demi Lovato, Cardi B, Selena Gomez, Eminem, DJ Khaled, Charlie Puth, and an open letter to Congress signed by 180+ of the music industry’s biggest stars and executives. In December 2017, the Billboard Women in Music ceremony, which honored Selena Gomez as Woman of the Year, was live-streamed globally on Twitter. In 2016, The Hollywood Reporter-Billboard Media Group acquired SpinMedia’s storied music assets Spin, Vibe, and Stereogum, establishing the world’s largest music brand by digital traffic, social reach, and audience share. The combined entity of music and entertainment properties now reaches 47 million unique visitors and one in every three U.S. millennials.

The “2018 Billboard Music Awards” are set to make their NBC debut and will broadcast live from MGM Grand Garden Arena in Las Vegas on Sunday, May 20 at 8 p.m. ET / 5 p.m. PT. The three-hour telecast will feature this year’s hottest musical acts, biggest performances, unexpected collaborations, buzzworthy pop culture moments and will celebrate the 60th anniversary of the Billboard Hot 100. “Billboard Music Awards” nominees are based on key fan interactions with music, including album and digital song sales, streaming, radio airplay, touring and social engagement, tracked by Billboard and its data partners, including Nielsen Music and Next Big Sound. The awards are based on the reporting period of April 8, 2017 through March 31, 2018. The “2018 Billboard Music Awards” is produced by dick clark productions. Allen Shapiro, Mike Mahan, Mark Bracco, Barry Adelman and Robert Deaton are Executive Producers. 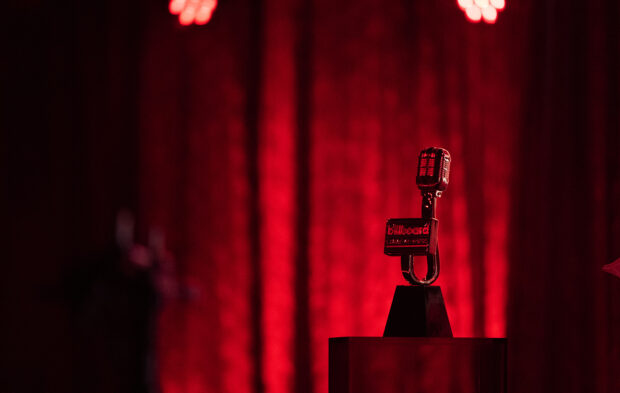