What You Should Know About the Goddess of Pop, Cher | Billboard Music Awards

What You Should Know About the Goddess of Pop, Cher

Gather ’round– it’s time for a lesson in “Things You Shoulda Have Already Been Knownt.”  Now, only a lucky few artists possess the star power required to go by just a single name… Madonna… Prince… Beyoncé… and of course, Cher, just to name a few.  At this year’s Billboard Music Awards, Oscar-winning global superstar Cher will receive the coveted ICON Award and deliver her first awards show performance in 15 years!

OH …Am Getting Billboard Icon Award

Now, we realize that some of the BBMAs audience wasn’t yet alive when the original “Goddess of Pop,” was routinely topping the charts, so we’ll get you up to speed. The truth is most of the classic diva tricks today’s superstars pull on the red carpet and during performances were invented by Cher herself.  And despite the fact that Cher may not have been born during the age of social media, let her Twitter feed (which boast a colossal 3.3 million followers) be a warning that her sass is every bit as razor sharp as the next millennial influencer.

What am I supposed to do? Sit around and wait for @cher's performance of 'Believe' at the #BBMAs?! CAN'T WAIT for May 21st at 8e/5p on ABC. #IconCher

A Star is Born ⭐️

Cher’s first solo album All I Really Want To Do debuted in October of 1965 and she’s paved the way for women ever since.  Through groundbreaking music videos, unrivaled stage presence and unapologetic sexuality, Cher’s creativity and rebellious attitude carved a path for future women in music.

Long before the term “meat dress” meant anything to anyone, Cher was turning heads in unforgettable ensembles and jaw-dropping designs.  More “wearable art” than “practical fashion,” Cher’s looks on the red carpet, the silver screen and the main stage have always been anything but dull, proving that she does, in fact, look good in literally anything.

And the Winner is… 🏆

Cher, obviously.  Just one letter away from winning an EGOT (Emmy ✔️ Grammy ✔️ Oscar ✔️ Tony (stay tuned), Cher has sold over 100 million records world-wide and is the only artist ever to have a No. 1 Billboard song in each of the past six decades. You most certainly know her smash hit “Believe.”

Whats going on with mycareer

ipad freezing up! Maybe it’s overwhelmed,because it Just realized A Fabulous DIVA Was touching it ! Can’t really Blame it, “SNAP OUT OF IT”

Cher’s proven her immeasurable talent and earned enough accolades to have retired three times over, but she’s just getting started.  With a brand-new show at the Monte Carlo in Las Vegas and her just announced performance on the BBMAs stage, Cher has proven time after time that there will only ever be one Goddess of Pop! 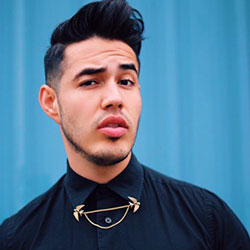