Ariana Grande, Blake Shelton and Gwen Stefani have been added to the star-studded lineup of performers at the 2016 Billboard Music Awards! Ariana is set to perform new music, and Shelton and Stefani will take to the stage for the awards show debut of “Go Ahead And Break My Heart,” a song they wrote and perform on Shelton’s new album If I’m Honest. 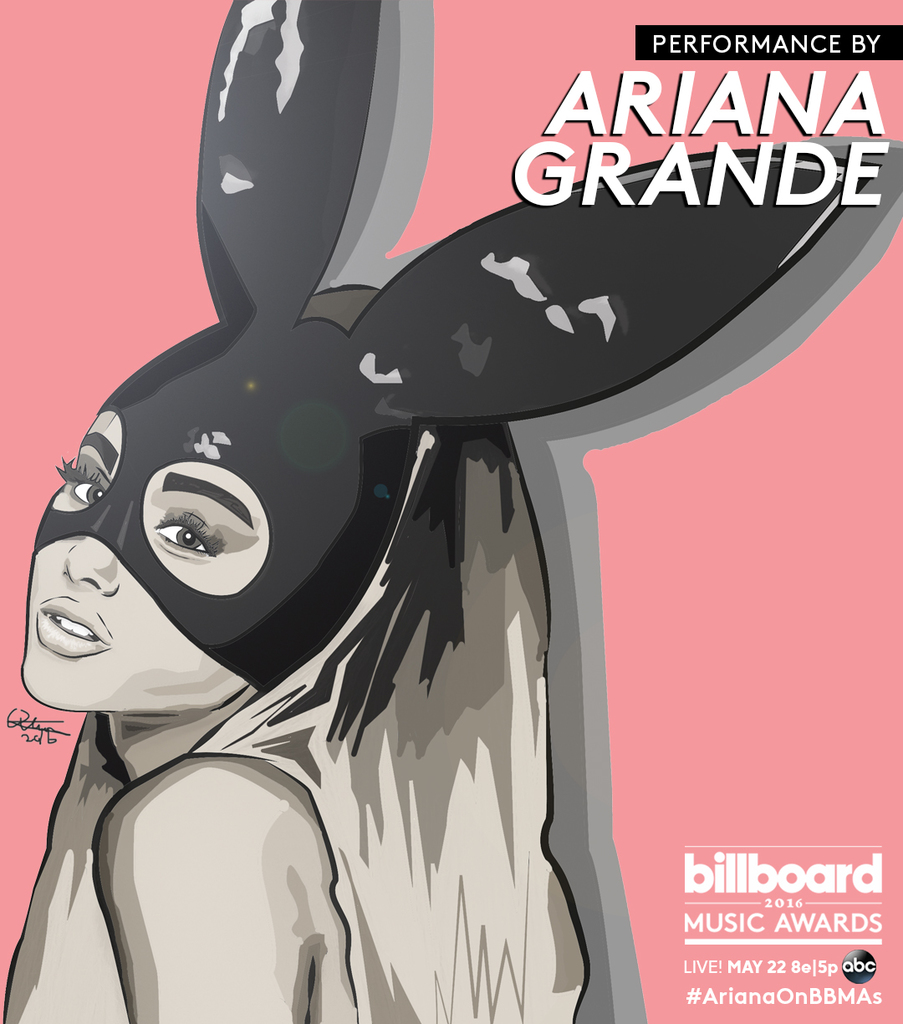 Within less than a year, Ariana Grande captured No. 1 on the Billboard 200 twice—first with her Republic Records debut Yours Truly and also with its 2014 follow-up My Everything. My Everything garnered a Grammy Award nomination for “Best Pop Vocal Album” and spawned the six times-platinum hit “Problem.” Upon the single’s release, Ariana became “the youngest woman to debut with over 400K sold first-week,” while the song ranked as the 5th “highest digital song debut for a female artist” and 9th highest ever.

During release week, My Everything was No. 1 on Spotify as Ariana personally rose to #1 on the Billboard‘s Artists 100 chart. She also became the first woman in history and the first artist since Michael Jackson to simultaneously have three songs—”Problem,” “Break Free” featuring Zedd, and “Bang Bang” with Nicki Minaj and Jessie J—in the Top 6 of the Digital Songs Chart. By the end of the year, she landed four songs in the top 10 of the Billboard Hot 100, the most of any artist in 2014. In total, Ariana has enjoyed seven top 10 smashes on the Billboard Hot 100.

2016 sees her release her mega-anticipated third full-length album, Dangerous Woman, driven by the title track which captured No. 1 on both iTunes Overall Top Songs Chart and Top Pop Songs Chart minutes after release.  “Dangerous Woman” also debuted in the top 10 of the Billboard Hot 100 earning her the distinction of becoming the first artist to debut in the top 10 with the lead single from each of her first three albums.

Country Music Association’s 2012 “Entertainer of the Year,” Grammy Award nominee and five-time CMA Awards Male Vocalist of the Year, Blake Shelton continues to add to his superstar status. With 16 consecutive No. 1 singles on Billboard’s Country Airplay chart, Shelton owns the record of successive No. 1 singles in the modern era, and has a total of 21 No. 1 singles. “Came Here To Forget” is the first single from his forthcoming album If I’m Honest, out May 20. The album includes three songs written by Shelton which include the gospel tinged “Savior’s Shadow,” “Friends,” which is also featured in the upcoming Angry Birds movie and “Go Ahead and Break My Heart,” a song he wrote and performs with Gwen Stefani.

Shelton’s last three studio albums have all debuted at No. 1 on Billboard’s Top Country Albums chart, and are among his 13 top 10s on the chart. A member of the Grand Ole Opry, he has earned a host of awards throughout his career. He will hit the road in September for his Blake Shelton presented by Gildan tour, which kicks off with a two-night stand in Oklahoma City.

Three-time Grammy Award winner Gwen Stefani has achieved worldwide success as a performer, songwriter, and recording artist who has sold more than 30 million albums worldwide with No Doubt and as a multi-platinum solo artist. Stefani released two solo albums — Love.Angel.Music.Baby and The Sweet Escape — featuring the hit singles “Rich Girl,” “Sweet Escape,” “What Are You Waiting For?” and the Pharrell Williams-produced Billboard Hot 100 No. 1 “Hollaback Girl,” which became the first digital download to sell more than one million copies in the United States.

In the fall of 2015, Stefani returned as a coach for the ninth season of The Voice. Stefani kicked off 2016 with the release of her second single “Make Me Like You,” featured on Stefani’s third studio album This Is What The Truth Feels Like which was released March 18th on Interscope Records and debuted at No. 1 on the Billboard 200 albums chart.